It's all been building up to this event this week...

This week has been hectic. In the pandemonium of the lockdown - and therefore being unable to work - I'd just about forgotten how demanding times were. When, in August (hopefully), I get back to work, it will be interesting to see how a timetable works again!

While I sit here typing there's not a single cloud in the sky! The heavens are blue, the canopy green, and the landscape amass with all colours. Inspiration is really in the air. It's perhaps little surprise, then, that I've returned to my wonderful set of friend, The Clan of Caledon, as they run through the Scottish landscape. With the lockdown (even as it's easing) despite being outlaws, they are more free than I am. An interesting thought. Currently, they are in their fourth adventure. 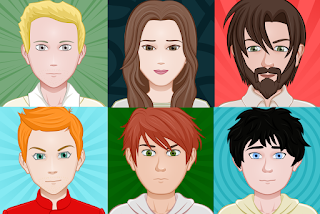 This week has been dominated by these characters, beginning on Monday when I joined chair Ann Landmann and fellow author Olga Wojtas in pre-recording our event for the #Cymera2020 festival. You can find out about the event by clicking on this link:
https://www.cymerafestival.co.uk/2020-events/2020/6/6/virginia-crow-amp-olga-wojtas
I had such a great time recording the event, I really hope you enjoy watching it as much as I enjoyed taking part in it!
I was immensely disappointed when the festival was cancelled due to Covid-19, but the fabulous Cymera committee moved the whole event to a digital platform. Now, as well as being delighted to appear as part of the festival, I'm really excited about being able to watch all the events!
If Science Fiction, Fantasy or Horror are your chosen genre(s), you are in for an absolute treat with the events Cymera have lined up! You can find them all here:
https://www.cymerafestival.co.uk/2020-events

On Wednesday, I shelved my Caledon friends in favour of the wonderful Doctor Henry Fotherby, in my appearance as part of the second Our Own Write. There are very few characters I have written in whom I can see every aspect of myself. Fotherby is the one who knows me best, and who I can fully understand. Even when I have let him run wild with his own story, I know where he'll go, because it's where I would have gone, too!
I gave a short reading from Beneath Black Clouds and White followed by a sharing of fanart(!) and answering a few questions.
You can watch this by following this link:
https://twitter.com/DaysDyingGlory/status/1266299996468477952?
Authors! Our Own Write is running on the final Wednesday of every month. This is a brilliant event to get involved with. Your audience is global and full of like-minded people. Check out their website and join in the bookish fun:
https://ourownwrite.squarespace.com/

In addition to this, my New Year's resolution is still going strong. This week it was a submission to Wigtown Poetry Prize.

The books mentioned in today's blog can be found here:

"Go out and tell all those you meet, Caledon has risen. Caledon will be protected and defended. And to you who would cause her harm, be prepared. A new fight has come."
After the destruction of the Jacobite forces at Culloden, Scotland is divided, vulnerable and leaderless, with survivors from both sides seeking to make sense of the battles they have fought against their fellow Scots.

James Og flees Drumossie, seeking the protection of his uncle's house in Sutherland. It is here that James learns that the Northern Highlands hold a secret power only he can wield: Caledon. When Ensign John Mackay begins hunting Og's family, James realises he must harness this power to defeat the enemies of Scotland.

But, as the ageless Caledon awakes, so too does an ancient evil. When it allies with Mackay, the small Clan of Caledon faces enemies at every turn, discovering that even those closest to them may seek to destroy them.

Beneath Black Clouds and White: https://www.amazon.co.uk/gp/product/B07QFYFB6V/

Accompanied by his wife to Flanders, Josiah Tenterchilt meets a man who could not be more different from him: an apprentice surgeon named Henry Fotherby. As these two men pursue their own actions, fate and the careful connivance of a mysterious individual will push them together for the rest of their lives.
​
But it is a tumultuous time, and the French revolutionaries are not the only ones who pose a threat. The two gentlemen must find their place in a world where the constraints of social class are inescapable, and ‘slavery or abolition’ are the words on everyone’s lips.
​
Beneath Black Clouds and White is the prequel to Day's Dying Glory.

Fly by the Hours with Words and Flowers

This week's been a very busy week! 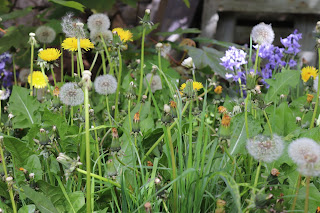 Dusting myself down from the disappointment of countless rejections last week could only be done in one way...

In addition to writing, I've also been snapping shots! 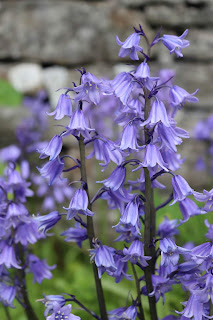 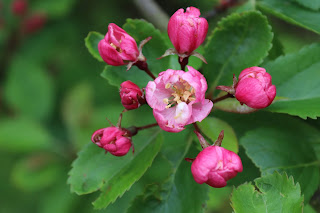 Remember! Tune in to Our Own Write on Twitter this week. I'm talking Historical Fiction at 3pm BST!

Find me here: www.stompermcewan.comwww.twitter.com/DaysDyingGlory - follow me there!
Posted by Day's Dying Glory at 02:29 No comments:

Email ThisBlogThis!Share to TwitterShare to FacebookShare to Pinterest
Labels: Artwork, Beneath Black Clouds and White, Flowers, May, Our Own Write, Photography, Spring, Writing, Writing Competition

So, this week's writing started with a short story. One reader and one week later, it's a 22,500 word novella. And it's still growing!

That's taken up most of my time, but I've also had exciting news about the newly-digitalised Cymera2020 festival, which I'm taking part in, as well as securing a spot in the second Our Own Write virtual book tour.

It's not all been fun and games, though. In the past seven days I've scribbled out four different submissions from my New Year resolution competition list. That was a disappointment. I went back and re-read my submissions (and, on one occasion, compared the winning entry to mine) and pondered on how I could improve. I considered changing them to match the style of those which won but, at the end of the day, I don't write to make money. I write for the readers who love my adventures with a sprinkle of poetic prose. So, I dusted myself down and carried on regardless.

I'm still on track with my New Year resolution, and it's giving more creativity than I would ever have believed, as well as throwing out a number of challenges.

Don't be put off by rejections, they're just a step closer to finding the right audience.

Find me here: www.stompermcewan.comwww.twitter.com/DaysDyingGlory - follow me there!
Posted by Day's Dying Glory at 12:06 No comments:

A Directory of Inspiration! 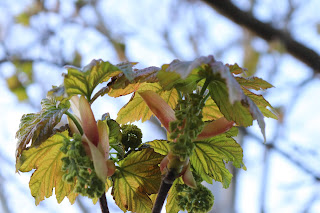 Last week (27th April - 3rd May), I was the Crowvus Author of the week. For the first five days I wrote a blog on various ways in which I become inspired. These were:
[you can read these by clicking the links!] 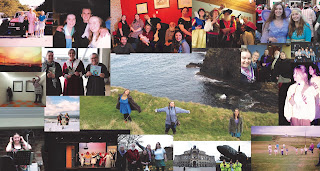 On the last two days I considered looking forward and looking back.

The lockdown has given us plenty of opportunity to do this!

I had the idea of writing a series of short stories with the same group of characters, and that's what I've been on with for most of this week. I haven't finished any, but that's just the problem of writing outside - too many distractions - but so much inspiration!

Currently, I have characters I write short stories about for the following genres:


Probably no surprises there!

My New Year's Resolution is continuing, having made submissions to KSAA's #Chatterton250 and The First Line. Time will tell how those get on. If nothing else, I'm building up a collection of poems and stories of which I am proud.

In other news (that is: wearing my publisher hat!) the 4th Crowvus Ghost Story Competition is now open for entries. Head over and have a peek! The other judges and I are putting together a free eBook of our own ghostly experiences - this is coming out in mid- to late May.

Remember! You can read my books here, here and here(this one's free until 20th May).

I haven't forgotten you!

Head over to http://crowvusbookblog.blogspot.com/ and read my blogs there!

A Virtual Book Fair and A Reincarnation 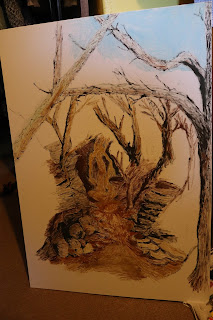 Without a doubt, my biggest writing event of the week was Our Own Write. This virtual book fair brought together authors from across the globe, and I was delighted to be one of them! I got an opportunity to talk about Caledon, a topic which I am more than happy to talk and talk and talk about! The whole book fair was run via Twitter Live, and most of the authors' talks are still available on the Our Own Write Twitter page.

You can watch my presentation here:
https://twitter.com/DaysDyingGlory/status/1253035356867485697?
I can say with all honesty, it was one of the most rewarding experiences of 2020. I loved taking part, although I was shaking like a leaf!

Reluctant to let go of Caledon, my short story of the week - written for an Historical Fantasy anthology - tells the initial story of Caledon's 6th incarnation. The novel is Caledon's 7th incarnation, so going back 125(ish) years to tell the story was really strange. It was a great challenge, and I'm currently just tightening it up in time for the 30th April deadline.

Thus far, 2020 has still had a submission a week, and I'm feeling very proud of myself for actually sticking to a New Year resolution!

Stay safe, one and all! Remember, all the books are still there. Hunt them out and read them all!
[Ok, maybe not all of them!]

Find me here: www.stompermcewan.comwww.twitter.com/DaysDyingGlory - follow me there!
Posted by Day's Dying Glory at 04:09 No comments: